My first Trip to Chicago, IL.

If you go back to my blog in December, one of my new year’s goals/resolutions was to take more trips. Back in February my girlfriend and I booked a trip to Chicago. Finally, we visited this past May weekend. It was such perfect timing and bad timing all together. It is really hard for me to leave business in this busy market, but it was such a well needed vacation and thankfully I have this thing called a smart phone and wonderful colleagues

I did grow tired of people telling me to come when there’s a home game, however! ha 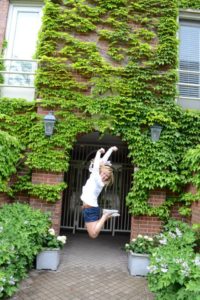 So off we went to Chicago on Friday. When we got there the weather was absolutely perfect. And you can tell it was great because so many people were out. It is like that first warm day after Winter in Austin that everyone goes running, to the dog park, daytime patio drinking or anything involving being outside. I believe it is usually in February. ha. 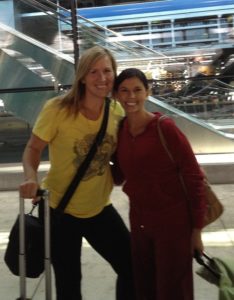 Thank heavens for facebook keeping people in touch, because before we left I hit up everyone from, lived in, or currently lives in Chicago for recommendations-it was a plethora, and we did as many as our time and budget and taste buds would allow for. Our first stop off the plane was not our room so much as it was deep dish pizza at Lou Malnati’s…tasty (note to self…not as good cold, like thin crust). 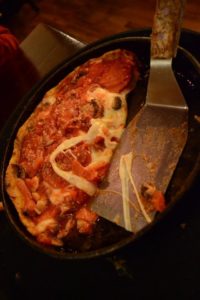 We then started walking. I love walking. I embraced walking when I lived in New York City and so long as it isn’t 103 degrees here (and I have time) I like walking here as well. Magnificent Mile, a little trip to the infamous H&M we don’t have here in Tejas (supposedly are getting one in Houston soon) and then grabbed dinner at the hotel and were on our way to The Signature Room at the John Hancock Center–which was recommended by so many, especially the view from the Lady’s room. Check! After that we went out and hit up the town. 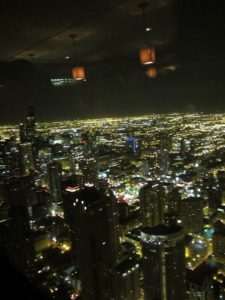 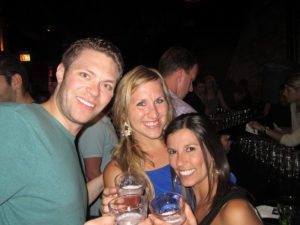 Saturday was dreary, we still managed to see Wrigley (definitely not as cool without a home game I hear, and agree) and just walked Lincoln Park and ate there as well. My partner in crime didn’t feel well and went back to the hotel, so I took the El and did a lot of walking and exploring by myself, despite my lack of sleep. Checked out the art  museum, took a lot of photos, per usual and walked back to hotel for dinner. We then headed out for pizza (thin crust this time) and then made a pit stop after at another bar-it was randomly crowded, large, had a 90s cover band playing, flip cup game occurring in the back and best of all–a few groups of bar crawl groups. One themed “Justice”, the other “Oregon Trail” (brings back 7th grade memories). Hilarious. 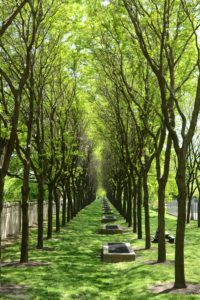 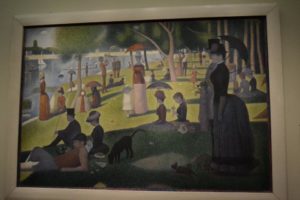 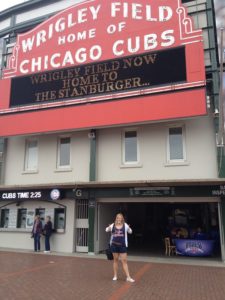 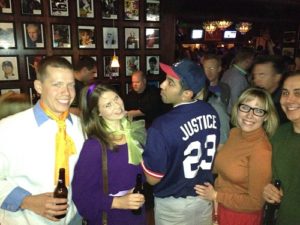 Sunday was perfect again. This was our main designated tourist day. We did Millennium Park, The Navy Pier, “the bean,” officially named Cloud Gate. I hear it is the second most photographed object in the World. We mosied on up to Old Town Social for a delicious meal (found via Yelp! And kept hearing good things regarding this neighborhood on Sundays–hey it was our last night in the Windy City, had to make sure the fun never ends). After our meal we walked down Wells (I think) over to a bar and met a few more gentlemen (we had met some nice guys Friday night as well). We set at the bar. One set was left open next to my gal pal and of course the most odd man, flying solo came in and swooped in to set next to her. I really do enjoy talk to people at bars, bartenders, etc, and I am not trying to sound like a snot–but this feller wasn’t one I’d necessarily want to converse with. Ahem he was about my father’s age, but creepier in character. So, naturally the two young men at the bar perpendicular to us strike a conversation as they notice the awkward predicament my friend was in–and approach jokingly, only to indulge us for hour. A few hours go by where by then we had covered, sports, Austin, Chicago’s Winter, relationships, being single and dating theories (my favorite of topics ha), dabbled in Politics, alcoholic beverages, LaCrosse, Notre Dame, why they should visit Austin, what we had been doing in Chicago thus far and alas we find ourselves taking shots and headed to THE Sunday Funday spot according to them (and confirmed by the Yelp! Review I had looked up prior to our trip). 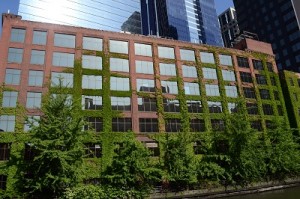 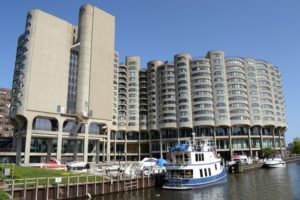 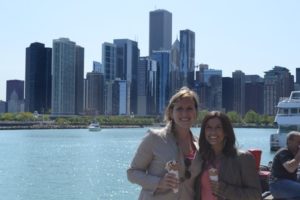 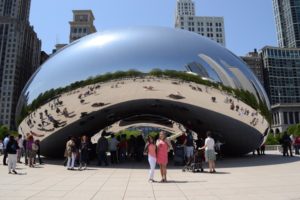 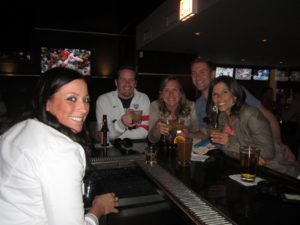 I can’t quite explain the difference in men in Texas and Chicago, but they’re different. And while I have lived in New York City before-and always said it was my favorite city-I may have a change of heart. My parents were born in the Midwest and most my family still resides there. I love how  nice people are. Don’t get me wrong, people are nice in Texas too-Austin especially, we love meeting people here bragging about our city, but so did the people there. I felt like when we chatted with the guys there about the most random of topics they really did want to get to know me and enjoyed conversation…and weren’t just thinking: “How am I going to get in this girl’s pants later?” And if they were thinking that well, they did a better job of hiding it than Texas men! Which is interesting, because one of my male friends that is a young, single professional gave me some tips regarding where to go and when we started to discuss the people and men specifically in Chicago he said. “You aren’t going to find a bunch of guys just wasted in the bar trying to take you home, guys here like to talk and network and get to know you. A lot of men in this town have drive.” Don’t get me wrong, I am not dumb enough to believe ALL the men in Chicago are sweethearts and a typical hard-workin’ man’s man, but there was a little truth to what he was saying, unless Courtney and I just lucked out with who we met? I will say I found disagreeableness in some theories between a few Chicago men. For example when I told one of the fellows we met Sunday about my friend’s theories on the women of Chicago, he disagreed. The varying differences: One said Chicago women are few and far between and there are more great guys than great girls and all the girls want to do is just marry rich and they aren’t hard working. However, the newbie we met at the bar disagreed and said he knows plenty of women that had to drive and were independent and more career driven vs money grubbing wanna be housewives. 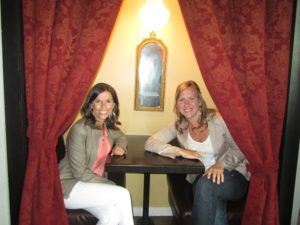 So, with those two diverse opinions, I have my own opinion, which basically boils down to perception. Wear nice suits, have a condo in a fancy part of town, educated and driven can definitely score you some hot babes. Are the hot babes themselves career driven and independent and educate-sure some, but there’s also other women who want other things. But don’t think I am lady bashing because honestly it goes both ways. Brian, one of the fellows we met said one of the most honest things I have to give him props for. I said, “I just don’t get how some men can have a pretty girl with all these things they want and have commonalities with right in front of them, but when there’s a hot girl that they don’t have much in common with, but she is super hot and sometimes dumb and manipulative they are so dumb.” And Brian said, “That is so true, when it comes to hot women we are just retarded.” And those aren’t his exact words but pretty darn close.

Ok, enough about the gentlemen who opened doors, bought us drinks and made sure we got home safely and seemingly enjoyed conversation and exchanging witty banter with us in Chicago.

Chicago in some ways reminded me a lot of Austin. NOT THE WEATHER. We were hitting the 90s before I left, so the coolness was definitely a factor, and of course not the fact it’s the third largest city or all the high rises. But the charm. I liked how many parks they had (not as much greenery as here, but definitely more than other large cities). The appreciation and pride people have with their neighborhoods. “Check out Bucktown. Definitely do Old Town. Must go to Lincoln Park.” That is how we are here too. South Austinites won’t go North of downtown. Families embrace their neighborhood walk-ability or their charming bungalows as well as their East side hipness or DT trendiness. There is something for everyone here in Austin, as I believe there is something for everyone in Chicago, but you definitely walk a lot more (which I don’t know what people do in the Winter-sounds brisk!). I envy mass/public transportation in Chicago, we are getting better here, but I definitely appreciated the convenience (though I used to disagree that that word–convenience–went hand in hand with public transportation). Imagine doing work on your phone on the way too work–without having to worry if you are going to wreck. I enjoyed the people, the atmosphere, the friendliness, the cleanliness of a big city and honestly wanted to cry when we were leaving (sigh…back to reality and work etc). However, now that I am here, typing away, back into my groove of morning workouts, MoPac traffic, guys with skinny jeans next to me at the coffee shop I am happy again. It was 85 and sunny today. I know my way around, I still have so much more to explore in my own city, but Chicago…I love you, I will definitely be back…(in the Summer). Love you, Chicago.

And that’s all I have to say about that. 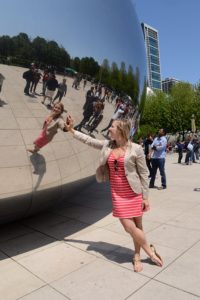