I recently have taken my personal posts out of my old website and kept that more business-related…since not all my clients want to read about my thoughts and bad dates….so here we are-a new website for all 4 of you to read my random thoughts.

Soooo, with that, (and my new year’s goal to write more) I am attempting to try and write at least once a month about the things I am currently liking err “Hearting” (because it sounds more catchy with my website domain).

What is @ihearttheatx currently Hearting???? 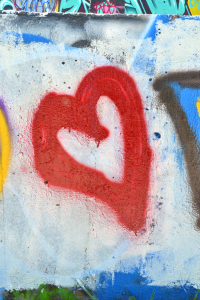 1. IheartCGArena–This has been my gym for going on year 2 and it is expanding. Why I love it?:

CG Arena (aka Camp Gladiator, which also has multiple boot camp locations) is super duper close/convenient to me (even though you always have to turn around since it is on the access road-who cares). How I end up a few minutes late to some classes is beyond me, (actually it isn’t I am habitually a few minutes late). They have diverse trainers and members, good class times that fit the 9-5ers, the early-birds, the stay-at-homers and people like me who make their own schedule! Tons of variety too! From pilates to boxing, to sprint workouts to kettle bell and strength centered work outs there is something for everyone…literally, everyone. From beginner users of the 3lb dumbbells to athletes who want personal training sessions I am super happy to see the same faces (and accountability) and get a great workout burning 600-800 cals per class. Thanks CG!!!

PS Saturday 1.24 they are holding a re-grand opening as they have expanded, so you can try a ton of their classes. New added weight machines, class fitness rooms and child care.

Nothing Bundt Cakes is this adorable cake place has a few store fronts, and so many variations of cakes. I am happy to recommend them for baby showers (we did lemon and chocolate for a friend’s shower) And this past year I gave all my past clients Nothing Bundt Cakes for Christmas (well I paid a teenager to drop them off at their doorstep, but I did make all their Xmas tags and hand-write notes!!) And when people text me “Thank you so much they were so delicious” it brings me great joy. Try it! You don’t even have to pre-order they have them ready in the store and you can buy the little mini ones for a catering of many people or something. 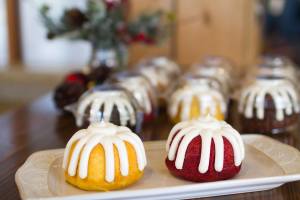 The new Board Walk. Yes I know it is not called Town Lake any more, it is Lady Bird Lake, but it makes me so happy the board walk is in with plans of Waller Creek to develop. Not that I am an avid runner, but I’ve been running the trail since college (2003 to be precise, when I started to train for my first marathon). When we had to do the 10mi or 6mi loop (from MoPac), I ALWAYS dreaded the East side. Not that it was scary (ok it is scary running on Riverside as the cars go by super fast) but it was scarce. As soon as I would get to the part of the trail East of 35 I always questioned if I was going the right way and if there was a rapist lurking in the shadows. Still a little work to be done by the Longhorn Dam, but it is SO MUCH BETTER than what it was. Also–everyone has the infamous skyline photo from the Lamar bridge, when there is a beautiful skyline views from the boardwalk now! If you haven’t checked it out, I highly recommend. If you don’t want to do a loop or take too long I recommend parking on the street by Lake Shore (off E. Riverside) by the apartments and heading West. Great views and a nice walk over the water. I look forward to when Waller Creek will be finished up as well. 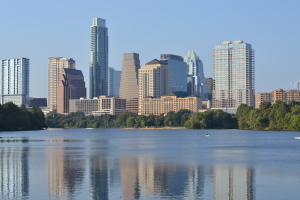 Stay tuned for next month’s of what Ashley is currently Hearting. 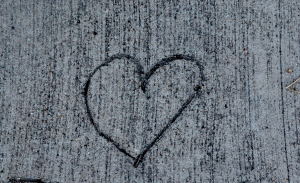 A few of you have asked me why I hadn’t blogged about dating in a while, well…when you read the below you will see why I take breaks in the dating world haha. That, and I have been busy. But being that it is a new year and there are tons of countdowns and lists (people love lists) I decided to blog about my Top Dating moments of 2014. People–I can’t make this shit up. 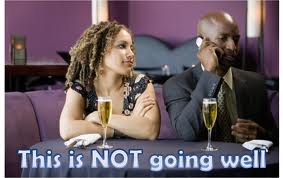 5. The time I left in the middle of a drunken date who invited his friend along on our date.

Once I went on a date and the guy got really, really drunk, invited his friend to join us, who then met us at J Black’s for dinner (after the first bar and a few drinks). Then sat with me, then sat with his friend, sat with me and sat with his friend…going back and forth of watching sports and eating with me. I didn’t know what the hell to do. He ordered me a vodka red bull when I told him I wanted a water and it was the first date I have ever left in the middle of. Amen. 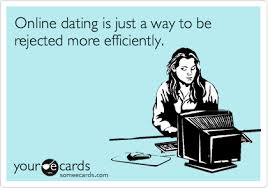 4. The time the guy insulted my clothing within first 5 seconds of meeting.

I went on a date and when I picked up the guy (because he didn’t want to wait at the restaurant we had originally picked-despite it being a Friday at 7-and I was in my car still so I picked him up on the way to somewhere new). When he got in the car his first words were: Are those your pants? Me: Yes, they are printed leggings, they’re in right now (chipper mood). Him: Are they pajama pants??? (puzzled and judgy) Me: No, they’re leggings, girls wear them all the time (less chipper mood now). Him: Well I hope they don’t make those for guys. Me: (annoyed severely) Well, they don’t so don’t worry about it. The date should have ended then, because it just got worse. 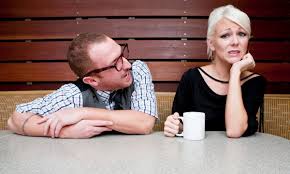 3. The time the guy brought his “fail save” on our date.

One time I went on a date to Red’s Porch (Despite telling him I wasn’t drinking during the weekdays, he still insisted on me meeting him there, and I think he had already started early at Plucker’s). So I did. We chatted and sat at the bar, somewhat watching TV. About 40min. into the date and chatting, he turns to the guy on the other side of him and says, “Ashley meet Mike, Mike meet Ashley. Mike is my fail save in case my dates suck.” Speechless. Completely speechless. Does this mean I was sucking? Or was he just tired of ignoring his friend? Never saw him again. 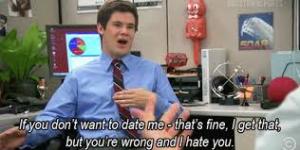 2. The time the guy didn’t stop talking about himself

I once had a date where me, YES TALKATIVE ME could barely get two words in. The guy really, really liked talking about himself and his career and how he knows everything about sports and he is a nice guy. Fact: Guys who are nice guys NEVER have to say “I’m a nice guy.” They just are-and you pick up on it. The best part of this date was the fact he was bragging he was a collegiate athlete (who only played freshman year and injured himself his sophomore year) and his GPA was a 2.5. Wow, you sure know how to impress a girl, tell me more about your ATM Corpus days. (No, I am not knocking his college or the fact he played sports-that’s great, but is that really something to brag about on date one?) Pro: He did pay for our date and that rarely happens. 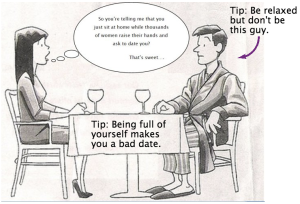 1. The time the guy said my hands were big…and then some…

The same guy as moment #3 (surprise, surprise) was on a roll that night. He noticed my knuckles had marks on them. I explained that I did kickboxing and recently got new gloves-leaving my knuckles bloody, I realized it was unattractive but not much I could do. He then grabbed my hand and picked it up to compare with his. “Wow you have big hands.” He said. (and I do). “Those would make my dick look small.” Date over. 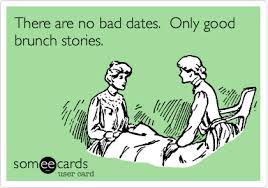