Recently on a Saturday night (why, oh why did I agree to waste a Saturday??) I posted on facebook (after my bad date) “For those of you that follow my personal life via my fantastic dating blog– may have a new “worst first date” blog coming soon.
Stay tuned!!”

Once again, no secret that I blog about my dating life. It’s humorous and honestly, pretty topical. So many things you can discuss with clients, friends and even strangers when it comes to dating or being single in this town. So I figured, why the hell not share it?

Can we first start with Tinder? Some say it is a “hook up” app. but here is my spiel: First off, I am a female–I don’t need an app to “hook up.” Secondly, I am in my 30s (wow that is weird to say) therefore anything can really be used, like online dating, where people ask “Isn’t that site just used for hooking up?!” 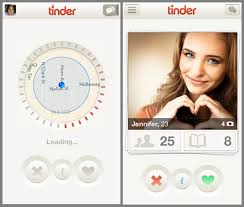 People! You are in charge of YOUR actions and your body, so if you choose to hook up with so called boy from Tinder or not–so be it. It can go either way….and it doesn’t necessarily even have to start from a form of online/technological communication.

Never heard of Tinder? Well, it is the most shallow thing I have ever done, but weirdly enough it is direct, positive and instantly gratifies you. (Pretty much everything people in my generation need). Here is how it works: Syncs to your facebook acct. You post five photos of yourself and maybe write a little something about yourself. Most guys don’t (go figure). Unless there is a baby in the photo and they want the females to know, “that’s my niece!” Or if they need to go ahead and disclose they are 6’2 (to brag) or 5’8 (too warn us height obsessed tall girls that they are too short for us). Regardless, you put in your age range (let’s say 29-35) and mileage (30mi radius) and up  pops the gender you are looking for within those specifications. You swipe right if you like and left you don’t. It is that simple. Crazy huh? (However, this does go back to my point that you HAVE to be attracted to the other person to establish any kind of connection).

Now, if you swiped right on a guy and he swipes right on you then it lets you know and you can immediately start messaging (texting) through the application or it says “Keep Playing” because yeah, it is kind of a game. Boom! You are matched. Not only is your self esteem boosted (because you never know who swiped left on you and can only see the hottie that also thinks you are a hottie), but you are now instantly able to communicate. This is where you can pretty much dictate if this person sounds like a total bore, they are not looking for the same things as you or you’d actually want to meet this person.

Which, brings us to….my date Saturday. Me and homeboy had quite a bit in common. We both swiped right. Same age.  Tx born, both in Real Estate. Texted through Tinder, then he got the number, then I hate to admit (but was actually free on a Saturday night). So he called (bonus points for calling!!) to set up the date.

After showings some condos, taking some photos, showing a friend around, I had ended up on Rainey. This was my first mistake. I thought I saw him (homeboy I was going to go on a date with) so I texted him, “Hey are you at Bar 96 by chance?” He texted back, “No, why?” And I said, “Oh, thought I saw you”

Bad idea. So now when I go to the East side to meet up with home boy for a cocktail two hours later, he thinks I have already been day drinking (which I hadn’t) and no telling how many he had before he got there as he proceeds to pound drinks as I am taking my time (drinks were strong–Bourbon so easier to sip than slam). PS we tried Whisler’s and they have awesome craft cocktails and a very cool vibe- I do recommend that place! 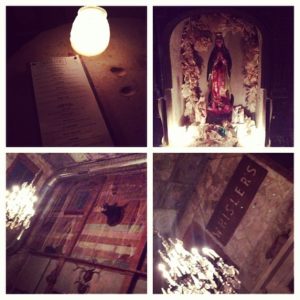 Conversation was fine, and we had talked about grabbing a bite to eat. Somehow (and maybe I should have re-directed this decision) we came to J Blacks. As if I don’t spend enough time at that place.

Homeboy invited his friend (solo..in fact, we will call his friend Hans Solo in this post) to join us on our date. Alright, that’s cool, I can go along with that I guess??? (wtf was going on?) When we got to that bar, I ordered a water. Homeboy brought me from the bar a vodka Red bull. Awesome…just like water. And he ordered himself a Crown and coke–double. We ordered food. Well I ordered food for us while he chatted with Hans (I put it on my tab–not complaining-just noting) at the bar. His friend stood there and chatted with us by the small cocktail table. Sorry, did I say chat? I meant yell. That place was way too loud for the time we were there. Volume needs to go up at 11pm not 9pm. (Ok I know I sound like a grandma but it is true). Food came. Hans  walked to the bar to watch sports highlights, but the bar was pretty busy at this point. We could see him  from where we were. We started to eat and holy mother of god was the thai pulled pork pizza too spicy for this girl. I told him I couldn’t finish because it was too spicy and that’s when I realized that homeboy was pretty much too drunk and not comprehending me (loud music probably didn’t help). He told me he was going to go talk to Hans because he felt bad he was alone. Cool. So there I sat with my spicy ass pizza and my can of Red Bull thinking to myself, what the hell is going on, why am I still here, and hmm who else is out that I can go hang out with? haha. 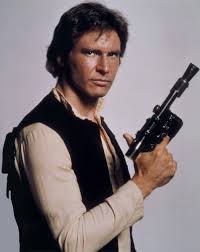 Hans actually came over and talked to me when homeboy was in the restroom. He told me that he told him to call off our date at 9pm and then go out because homeboy likes to get super hammered. I mentioned to Hans that I was pretty much thinking of slipping off to the bathroom and not coming back because homeboy was so drunk he wouldn’t remember. Can’t remember what else Hans and I talked about, I think it was awkward. I basically told him  this is why I hate doing drinks on the first date, and usually any place loud for that matter. So there we were. Homeboy came back from the restroom and was getting a little handsy he kept mentioning something lame about “my beautiful eyes” and leaning in super close. In which I kept pulling back and finally told him that I was going to go and let him hang with Hans. He asked me if I was having a good time and well, honest Ash had spoken-I shook my head no and shrugged my shoulders like “sorry?” I told him I was going to go to the bathroom. 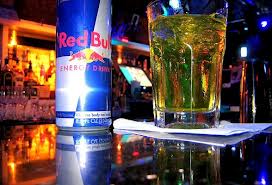 When I came back out, I ran into a friend and pretty much never went back to the table. Am I an awful person for doing that? I looked over several times and never saw him (pretty sure Hans told him I was bailing and off they went and played) No text from him asking where I had gone or anything all night. I paid my tab and hung out with the new crew I had acquired. I can’t necessarily call that one “my worst date ever” (refer to this blog  post) BUT let’s chalk it up to one of the many reasons why you shouldn’t drink on the first date. No one needs to meet the drunk version of yourself on date one. They just need to meet the representative of yourself you sent out for date #1 (let’s face it, the real you take a bit to come out, maybe date #3?).

The following day, about noon homeboy did finally follow up for a text. He said he needed to run 4mi and puke. And I said “Cool, just got through with a ten miler.” And he followed with “Sorry about last night, I think I was trying to catch up when you were trying to slow down.” I wrote “exactly.” And haven’t heard from him since. Cool story bro, huh? 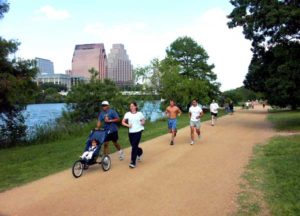 If you learned anything from this post, I hope it is that: Whisler’s is cool and don’t get hammered on your first dates and waste Saturday nights on strangers. Peace!

Who is Ashley and what does she do when she is not blogging about her bad dates? Read more here.