So, last year (and as in year’s pasts) I write about dating in this glorious city of Austin, TX.

Last year I wrote about what makes a good first date (to me) Part 1… Naturally life got busy and I never wrote my “Part 2” which was going to be more so of what NOT to discuss on a date etc. (to be continued in a few months I’m sure)

HOWEVER, after that blog post Aziz Ansari’s Modern Romance book came out. I ordered a copy off Amazon and I went to the book promo tour when he came through Austin, since Austin is supposedly the 6th Best City for Singles (speaking of which-Brent and Jaimee you both still have my copies and I did not forget!) I read the book fairly quick.

I found each chapter VERY similar to what my dating situation had been like (as well as many others) and I even put it on my list of things I was hearting back in June, here. 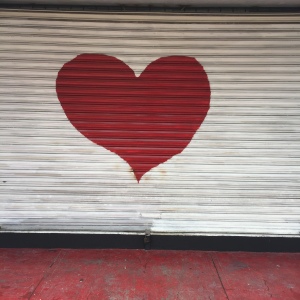 Weeelllll, Modern Romance had a few revelations I would like to share with you (that I have been trying to implement myself). 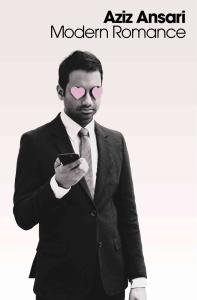 (Aziz did not give me permission to use the above image, but he should be happy I am totally promoting his book, also you need to watch Netflix’ Master of None).

Basically Aziz had a good point and I am paraphrasing him speaking in a nerdy like monotone voice at his book promotion tour sarcastically imitating a first date “So nice to meet you…where are you from?… Oh cool, yeah… I went to school here and I used to live there …and cool, yeah I work here…yeah cool city…yeah traffic sucks… and I may travel there and cool. Yeah my parents do this and they live here and…(cuts to normal Aziz voice and reiterates to crowd): You are not having good dates because you are not doing fun stuff, you are basically doing an interview and interviews suck!!”

Damn, Aziz. The man had a point. And here all I wanted to do is sit across from a guy and see if he fit the mold of what I thought I was looking for (in addition to making me laugh of course).

So what did Modern Romance teach us about what kind of dates we should be going on?

(Literally I think that is the name of the chapter). Go on Fun dates! Do something different! NOT coffee, not dinner (especially at the same place a block from your house that you make all your dates meet you there). Something out of the comfort zone. (Think of that Bachelor episode where they go bungee jumping together…no prob and sounds cheap too ha)

I am not sure about you, (and I consider myself a social/adventurous person) but doing something I haven’t done with someone I haven’t ever met sounds pretty awful to me. Shit, half my single friends don’t even want to talk to “strangers” (aka other friends of mine they don’t know as well), let alone try something out of their comfort zone. However, I do think he has the right idea.

The example he gave was a man who takes a girl to a monster truck rally. 1. Plenty to watch, so not constant eye contact and convo. 2. Probably something she hasn’t done before (Side note a friend of mine said she was taken to midget mud wrestling and she was not amused-so maybe feel out your audience/date before surprising them). 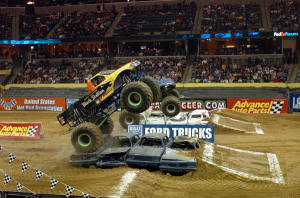 The second point I took from the book that I am trying to implement in my own dating life as well:

As a society we are obsessed with instant gratification and everything being ranked 9s and 10s and those of us who didn’t get married at 25 are holding out for the MOST PERFECT HUMAN BEING FOR US ever. Before we buy a blender on Amazon we sift through the reviews-“hmm this one only has 875 five star reviews, this one has 1408, I will pick that one fo sho” or “the dude spelled “definitely” wrong, NEXT!” We are quick to judge our first impressions of people.

When you go on a date, afterward, on a scale from 1-10 if it was a 6 or higher, make another plan for a date. Sure they may have seemed a bit awkward or talked way too much about something weird, but 6 or higher!! After the second date if it  was a 6 or higher AGAIN, make ANOTHER date. You aren’t going to have a 9 or 10 first or second date. If you do, well then awesome, but to his point–we don’t really know someone and come out of our shell for a few times, so give someone a chance (or 4).

I have been trying to do this, however the ball really isn’t in my court as a lady. I feel like after reading the book I have gone on several dates and thought “well, conversation was great, he seemed nice, it was a 6 or better, if he asks me out again I am open to it.” Unfortunately, they haven’t read Aziz. Or shit, maybe I was 5 or less to them. Ah, I am such a loser! Not really.

Either way, it is hard because…let me take you into my last revelation for this post…

Revelation #3: TOO. MANY. OPTIONS.

The book did a study (yes relating to jellies at a grocery store) where they followed up with people who bought a jelly from a display of 20 different types of jellies. Apple peach. Grape. Grape-berry. Apricot. Apple Blueberry. Mixed Berries…you get the idea-a bunch of freakin’ jellies. Then they followed up with the people who purchased a jar of jelly that only had maybe 5 to choose from (again paraphrasing what I remember from the book).

Get this (light bulb moment) People who had less jelly to choose from were much more satisfied. (ring tone) “Hello, remember that jelly you bought a few weeks back at our store and we asked for your info because it was part of a study with that funny little indian guy? How did you like that jelly?”

Person who chose from 20 jellies: It was ok, but I  wish I would have tried that other kind that had the berries in it (insert Debbie downer side effect here-womp womp)

Person who chose from 7 jellies: OMG this is the best damn jelly ever!! (insert Kristin Wiig Target lady all excited).

Now, I don’t know about you, but I ain’t moving back to my home town to settle down and find Mr. Right (for me) or anything. Our ADD society seems to be drawn to the next person that can answer their text or is easy on the eyes. Focus, people, focus (ok, go take your Adderall).

(PS I just googled this jelly image, I am sure it is tasty so give it a try)

Advice: instead of texting twenty people at a time and lining up 2-4 dates a week and playing the field and swiping as you are in 5 o’ clock traffic. Try deleting your dating app and not looking around for the next best thing when you haven’t given someone right in front of you a chance.

Am I guilty of this?–Totally. But it’s 2016 ya’ll, let’s start a revolution! In order to do that, you have to be willing to put yourself out there..and be awkwardly rejected via text message, so be prepared for that too. But not you-when you don’t like someone you won’t do the ghosting, you’ll be honest-and say you aren’t interested. That’s the way it needs to be done.

Now, here’s a quick read on putting yourself out there, in case you needed it (thanks LB for sending this to me and SK).