And by “top” I mean, pretty awful, but always humorous events to tell about, of course…

This year I surprisingly (and thankfully) don’t have terrible dating moments to share (ask me about Molester Mike when you see me, I feel too bad blogging about this one).

(He did a ton of volunteering, seemed like a nice dude). Got my number on a Sat. touching base with me, text, text blah blah, I like this, cool, I live in that part of town, blah blah…

Him: let’s get together tomorrow then?

Me: Ah, sorry I can’t plans with friends, but after?

Him: Ah, no time, but we can schedule something next week.

Him on Monday: Proposes Ice Cream at Lick off Burnet on Wednesday. (swoon, he picked a place I was going to be near and didn’t pussy foot, but made a plan)

Me: Cool, that works, see you there, blah blah blah, texty text, blah blah things we both have in common yadda yadda

Him on Tuesday 10:44pm: I have to cancel. I have been seeing a woman that I want to move forward with, best of luck!

Me: Cool, thanks for being up front, good luck to you too.

“Hey gotta cancel, I can tell I am actually not that interested in you and I just matched up with a chick that’s way hotter”

“Hey you are actually pretty boring over text, so I think I am gonna pass”

I will take the “moving on, good luck” over the actual truth, I guess. Just don’t ghost me-man that is annoying.

(If you have read my past blogs you know my hatred for “lol”) Mr. LOL gets my digits on a Wednesday…it’s honestly irrelevant, but I will tell you we lasted until a Sunday, no date ever planned…but I think I am ok with that.

The next series are his responses/comments in our textversation (literally I am scrolling down and typing in his answers) this guy has so much to talk about ya’ll, I tried, I really did: (note any grammatical mistakes are not on my part, I am doing this verbatim, but he wasn’t that bad, actually).

lol youre so tough.

Lol youre so traditional

That’s sexy to me (no I didn’t send him nudes,  I told him I was somewhat traditional)

Again, I know how to treat a woman you’ll see

Lol so does attitude

(sends me a photo of a weird seal making a face-I think he’s trying to be funny, it does not pertain to our convo) I ask him if he had plans this weekend –and next few responses:

Lol not really and you?

And then he sent me a photo in the bathroom, with a backward caps lifting his shirt up showing me his flexed abs.

I will stop there. That’s all you really need to know.

Started texting me on a Saturday. Blah blah blah from Austin, family here, has a business dealing with real estate blah blah blah commonalities, that’s cool, oh you like doing stuff to your house me too, blah blah text text text. Let him go, had dinner plans. Seemed like a good ol boy, which I liked.

Monday: Hey How’s it going, just helping out my Nanna, she lives down the street from me.

Me: I am off to the gym, but let’s chat later. I follow up. Blah blah gym was brutal…

Him: Blah blah I think I am getting sick blah blah what are you up to?

Me: researching vacations blah yadda yadda.. where to go, I love travel (it was late)

Tuesday HIm: Follows up on travel conversation, says he has only been to Mexico.

Me: It happens, do you have the desire to travel more?

Never heard from him again. Awesome.

Met a guy when we were out-left him my number. He followed up and it was before I was going out on the lake, so I told him if he could be at Hula Hut in an hour, he could come with. He did, it was fine. Ate dinner with us (left wallet in boat, so I paid). This was in August–it was actually on my birthday. So technically we did go out (but it was him submerged with all my friends on the lake, unsure if you call that a real date).

That night: Texted me he had fun, we should hang out some time!

Me: Yeah, I had fun too and sounds good!

Sep from him: Texty text, blah blah, how are things, we should get together some time.

Me: about to get some work done

Him: Well damn. My life is pretty 9-5 now so let’s meet up sometime soon.

Him: Yeah for sure

Never heard from him again.

Matched on Bumble (a dating app. similar to Tinder with better quality guys and girls have to write first)

Oct. 16: I opened with “which team should I pick for my win in my eliminator challenge?” and gave him the teams I was deciding between.

Asked for my number Oct. 26 (yes, 10 days later) after texting pretty much daily here and there and emojid our way through conversations.

Never had a date, nor a phone call, but we sure did “talk” a lot of football and I tip my hat to a few of his correct picks, helping me through quite a ways. I also used emojis I hadn’t before, so that was a for sure perk. 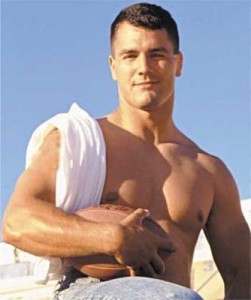 And that ladies and gentleman (sorry to report, Mom and Dad) is me “dating” in 2015.

Oh wait, there is one I forgot about!

I deleted him already but it basically went somethin’ like this:

Him texting me: What do you do, what do you like to do, do you want to have kids, what do you look for in a man, blah blah blah. What made you decide to reach out to me?

I joked: I didn’t, you reached out to me. (he wasn’t really happy with that answer-we met online, he emailed me, I wrote him back).

Him: blah blah blah, California, new to Austin, yadda yadda, I live DT here, yadda yadda software sales, blah blah wine emoji, treat ladies right blah blah and we texted quite a bit that first night (as I wrote out my xmas card list and watched the Good Wife in the background). We texted about meeting up in a few days, tossed around ideas.

Him: I treat women right blah blah blah. I take care of myself and get pedis (which I have nothing against). blah blah texty text a lot, where ya from, holiday plans, blah blah, do you like what you do, where all have you traveled, airplane emoji, blah blah blah, yadda yadda,

Him some more: I lived in LA forever.

Me: Really, did you like it? I think it is kind of pretentious, but maybe I should visit again.

Him: OMG yes I love LA, it is the best you must visit again! Do you get pedis?

Him: I think you can tell a lot about a woman by the way she takes care of her feet.

Me: Well then, I think my feet say-she’s a hard working woman that doesn’t make time for a pedi sometimes. haha

Him: Send me a picture

Me: I am not sending you a photo of my feet. I actually still have boots on anyway.

Him: Well no date and wine for you until you send me a picture of those feet.

–And that was that, never got that wine–

(come on, I had to post that image above, too funny, thanks Google images)

Bring on 2016…and the dating revelations (inspired by Aziz) I will attempt to put into play.